It's We Can Wednesday chicks!!

So I made it to the gym 3 times in the last 4 days!! So proud of myself! I did those body squats for about 75!! Whoop! I did not however do it straight. I took a few second breaks in between. Actually, I was doing legs and biceps, I know weird...but I'm really trying to work on my arms. More about that in a little. Anyway...so in between sets of curls I threw in about 15 or 20 as my break!! I'm the shit! Except for the fact that I can't move today. And I would really only be the shit when I can do 500 like the shady dude from last post. But that's beside the point.......haha.

About the arms..So I could honestly care less about perking up my legs. Plus, if I keep hitting up these body squats that will NOT be a problem....but I'm tryin to get this Flex Friday ish under control!! I have been strong my whole life. When I was a cheerleader in high school I weighed 100lbs but was always a  base. But....I've never had biceps and I want those beetches!! So, we're working on it. I always throw a little curl or something in every time I'm there.

Now I'm kinda pissed, though, because I had a set of 5 pounders in the cart last weekend when I went shopping and I thought to myself....what the hail is 5lb dumbbells gonna do for me?? Well, certainly more than 0lb dumbbells, which is what I have at the moment. So..until then I guess I'll be using that gallon water jug filled up. lol. Hey at least I can stay hydrated while I'm pumping iron....eerr water...

I guess I can make a tip for this week! Although I do... don't let lack of equipment stop you!! Be resourceful! Save those gallon jugs of milk or vodka fill em up with water and PUMP!! 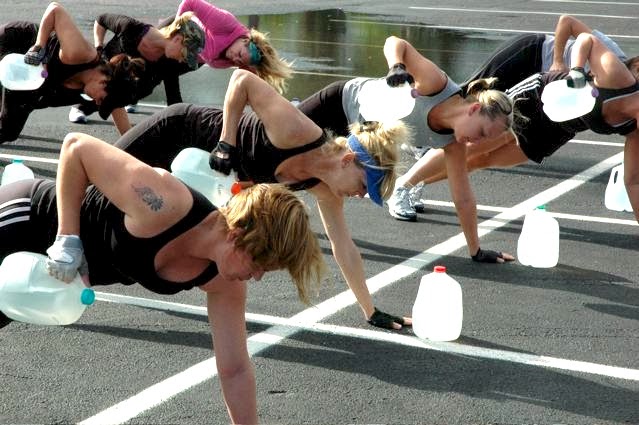 Haha..and while I was looking for a pic for this I found a milk jug workout on Bodybuilding.com!!!! This is just a screen shot so the links don't connect to anything, but go to the website to see all the workouts!! DO IT!! 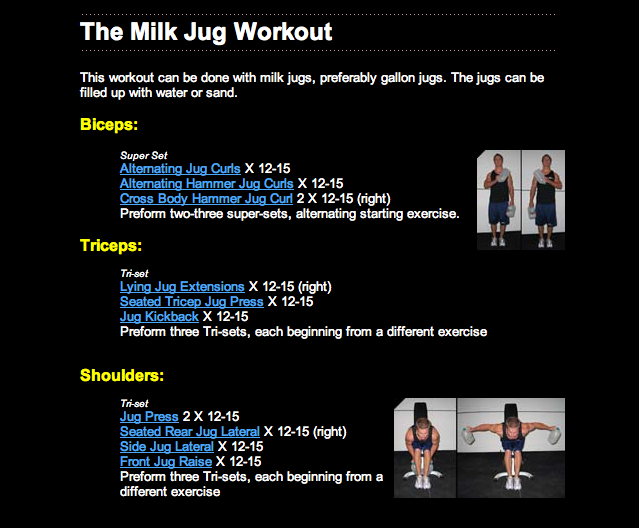 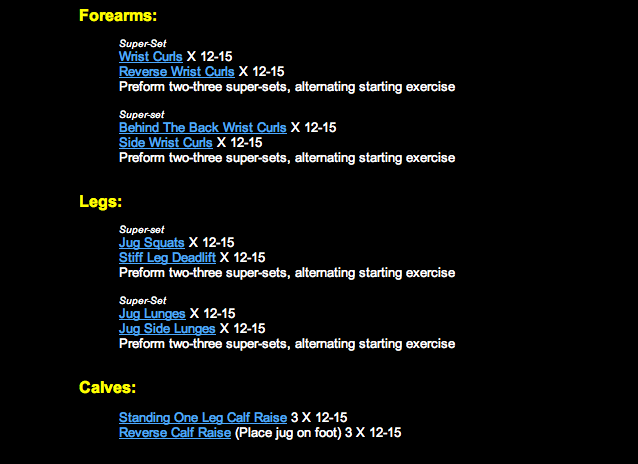 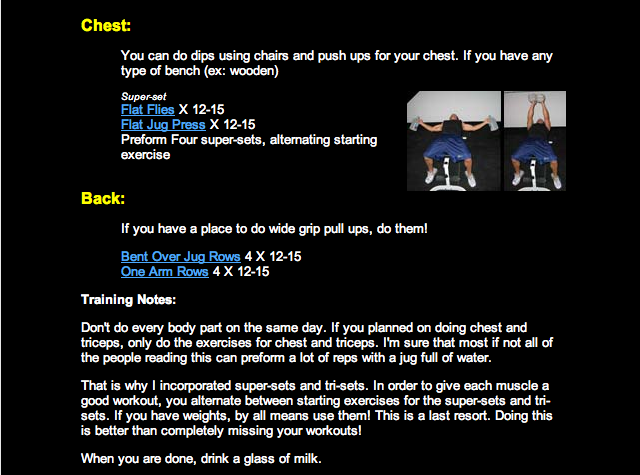 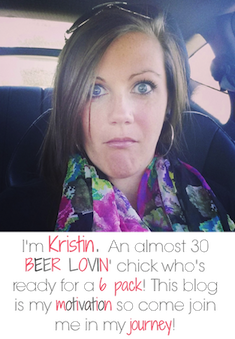